Danger in the Field

Those of us who do field work are often subjected to interesting situations; sometimes even dangerous ones.  Too often, the dangers are not anticipated.  In fact, sometimes the dangers don't even make sense.  This is the case with the recent death of Jeff Rice and injury to Catherine Fuller.  While not "cryptozoologists", these two certainly qualify as field researchers. 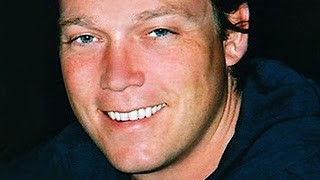 You may have heard of Jeff and Catherine because of their ties to "Destination Truth", a popular SyFy Channel/SPACE Canada series hosted by Josh Gates.  Josh and crew take on lots of things paranormal and exciting, often exploring cyrptozoological topics.Jeff and Catherine were "facilitators".  These are the people who make the onsite stuff possible.  They coordinate local sites, talent, permissions, equipment, and all manor of tidbits that allow shows like this to be filmed on location.  Last week the pair were in Uganda and were apparently attacked in their hotel room and poisoned with ingested cocaine.  Details are still coming in. This highlights, though, a certain need for caution when working in the field--in any capacity, but certainly in the jungles and woods of foreign lands.

Generally, cryptids do not make themselves available in the researcher's home town.  Investigating them may mean travel and finding accommodations. Often the travel is to countries that have a level of unrest that would make it dangerous to go there.  The Canadian government (and most other governments) publish a list of countries they feel might be dangerous.  Some top crypto destinations are on Canada's list.  Burma (Myanmar) has a recent primate sighting that may be new and the Canadian government rates travel there as a high risk because of civil unrest.  China, Indonesia, Kenya, Russia, and Thailand all have warnings on Canadian travel.  Non-essential travel to Burundi, home of the giant man-eating crocodile, is highly discouraged.

There are, however, more mundane dangers in the field.  None of us should go "in search of" without a few basics.  Here's a short list, and if you have additional safety items to suggest please list them in the comments.

needle and thread--because in an emergency, more than your pants might need a stitch
matches/lighter
aspirin/tylenol

You should already be carrying these items in your investigative kit, but here are some first aid uses:
non-latex gloves-in addition to helping keep things clean, these can be tied together for a tourniquet
long nosed tweezers-for stingers and splinters
tongue depressors-for splints
tape
sunscreen
Short wave or CB radio or cell phone (if there is service!)

Granted these things probably won't help you in a war zone.  Heed the travel cautions.  Arm yourself with extensive knowledge about where you are going. Get permission from the land owner or government before you set foot on someone's property or camp in a park.

Common sense may not have saved Jeff Rice's life, but it just might save yours or the life of a member of your team.