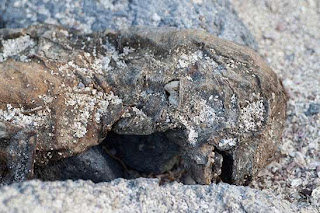 Breaking News on the Ketchum DNA

The Huffington Post and The Examiner are both reporting today that the DNA presented by veterinarian Melba Ketchum as Big Foot DNA, is actually opossum.  Houston Chronicle reporter Eric Berger sent some of Ketchum's DNA samples to an independent geneticist for analysis.  It wasn't pretty.


"He's just out there to create drama."
"This is unbelievable -- my study is a legitimate study," she said. "There's no credibility in his study whatsoever ... There's jealousy out there."

Ketchum wants a new independent study done to prove her results are solid and Berger's are skewed.  She wants to watch the testing herself because she believes Berger may have switched the samples.

Nothing like a little Big Foot drama to start the month for fireworks.