Is it not enough that the Okanagan Valley has Sasquatch?  Apparently not.  Lake Okanagan has it’s own “monster” that the locals (and Cryptozoologists) call Ogopogo and the first nations call Naitaka, or “spirit of the lake.”  Ogopogo has been allegedly seen by Aboriginal people since the 19th century.

Okanagan valley in British Columbia, Canada, and its strange alleged inhabitant has been witnessed many times over the past couple hundred years.

Blake Neudorf shared his strange footage on YouTube earlier this month. It was taken nearly two years ago in Kelowna, BC, on the eastern shore of Okanagan Lake. He and his father had been fishing on a dock there, when they saw something in the water. “Something massive,” as Neudorf puts it in the video’s description.


“It was huge,” he writes, “I would say at least 60 feet long….you could visually see it rolling in the water.”

Neudorf and his father tried to chase after it in their truck, but they never saw it again. Was it Ogopogo?

There have been other filmed sightings, as well. One happened in 1968, which reportedly was followed up with a computer analysis that determined the sighting was indeed of a “solid, three-dimensional object.” The television show Is It Real? in 2005 found that, while it was likely an animal, its size was possibly “overestimated.”  In 1854, settler John MacDougall was swimming his team of horses across the lake. N’ha-a-itk pulled the team down and he realized that his canoe, which was tied to the horses was being pulled down as well. He cut the poor animals loose, and narrowly escaped with his life.

What do you believe?

Email ThisBlogThis!Share to TwitterShare to FacebookShare to Pinterest
Labels: BC, Ogopogo 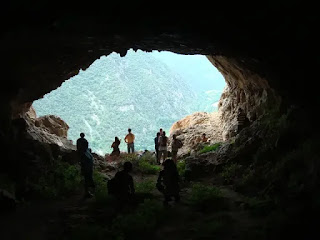