Most Canadians (and Cryptogeeks worldwide) are familiar with Vancouver’s Cadborosaurus.  It was named after Cadboro Bay on the southern tip of Vancouver Island.  A classic sea serpent, Caddy is said to have a horse-like head, a flowing mane on a long curved neck, and a long thing snake-ish body that reveals several loops above the surf. 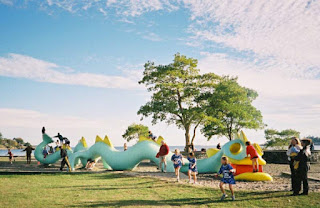 The website skeptic.com claims that it first surfaced in 1933, “the same year the Loch Ness monster became world famous.”  The website credits editor Archie Wills, of the Victoria Daily times, as the person who invented Caddy.  According to skeptics, he was looking to distract readers from tense subjects like the depression and Hitler.  Archie was the City Editor at that time (1928-1936).  This claim is uncited, and I have been unable to find a reputable source for this item.

Ed Bousfield and Paul LeBlond have researched Caddy for over 20 years.   They have recommended that Caddy animals be classified as Caborosaurus willsi in accordance with the rules of International Code of Zoological Nomenclature in honor of Wills.  They state that he “devoted many column inches to the creature and vigorously amassed a myriad sighting reports of the creature's activities”.

Who to believe?  Respected scientists Bousefield and LeBlond or noted skepdebunkers from skeptic.com seem to have different opinions.  The answer is simple.  To debunk the claim that Archie Wills invented the Cadborosaurus we simply need to show a sighting report prior to 1933.  He may indeed have invented the NAME “Cadborosaurus” but did he invent the creature as the skeptics suggest?

It seems unlikely that Archie in fact “invented” the monster.  On his way to Greenland in July 6 of the year 1734, Norwegian missionary Hans Egede reported that he saw "a very terrible sea-animal which raised itself above the water." This sighting is often considered one of the first “Caddy sightings” but in fact this one occurred off the shore of Greenland, nowhere near Vancouver Island.  In an article in Raincoast Chronicles , journalist Howard Wright recounts Hubert Evans’ 1932 sighting.  More compelling, however, are petroglyphs from the area depicting what appear to be sea monsters.  Natives refer to this creature as a “sea wolf” or Haida.  The descriptions are very similar.  Mr. Wills did not invent those. 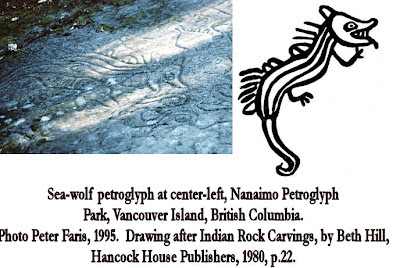 As for the skeptic reference to the “Loch Ness Monster”, they again skew the facts, presumably to support their agenda of nonbelief.  The first documented sighting at Loch Ness was in 565 AD.  What occurred in 1933 was the first modern sighting, attributed to a Mr. and Mrs. Spicer, who wrote of the thing in a letter.  The first photograph of Nessie did not happen until 1934.  Sightings increased after 1933 not because Nessie first appeared, but rather because that is when the first road was built and more people came to the area. While the skeptics may be technically correct that Nessie became known worldwide sometime in the August 1933-November 1934 range, it was well known among the locals for centuries prior.

Regardless of when the term was coined or the first sightings took place, Caddy continues to be spotted in BC waters.  In fact, there have been more than 300 sightings in the last 200 years.  We are currently in “Caddy Watching Season (October to April) so perhaps someone will send us a current report.