On Being a "Cryptozoologist" 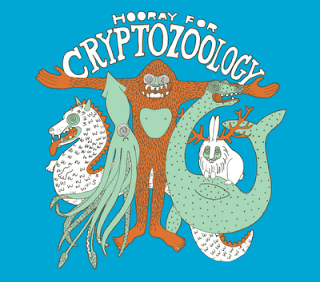 It's not rocket science, that's for sure.  It isn't pseudoscience either, at least as far as I'm concerned.  Lately though, I've been asking myself "What exactly is a Cryptozoologist and why do people think I am one?"

Lately this blog has been getting comments from notables like Loren Coleman, Dale Drinnon, and Dr. Karl Shuker.  This is very humbling and not a little distressing.  I never intended to be a Cryptozoologist, nor do I consider myself any sort of authority on mystery animals.  What I am is a student.  I take the study very seriously, and although I may not always get everything "right", I do a LOT of research and try to present interesting topics in a fair and balanced way.  As a Southern Girl, this isn't always easy, as, and my colleagues will definitely agree, I am an extremely opinionated person!  I have strong beliefs about what some of these creatures are.  I am, however, smart enough to know I'm not the final answer to what's out there.  I study Cryptids.  I learn every day. 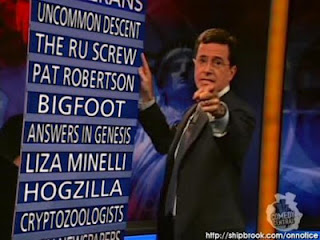 That, in a nutshell, is what makes me a Cryptozoologist.  By its simple etymology, the word "cryptozoology" is the study of unknown animals; and those who participate in cryptozoology are, by definition, cryptozoologists.  We are also biologists, theorists, historians, archaeologists, zoologists, and so much more.  We are these things because we study, not because we make discoveries or prove theories.  Sometimes those things do happen, but cryptozoology is simply a study.  I am sort of a fifth grade student.  I have been diligently studying unknown animals for about five years.  I also happen to have seen what I believe to be "mothman" and have done fieldwork in West Virginia, Ohio, New Jersey, and Ontario.  I did/do this not as a PhD or scholar.  I do consider myself a scientist.

The title "scientist" is another controversial one in the studies of things paranormal.  In The Journal of Theoretics, science is defined as the "the field of study which attempts to describe and understand the nature of the universe in whole or part."  The definition does not suggest one must be learned, or respected, or lettered.  Science only requires study.  Anyone can be a scientist.  Most of us are, every day, in some form. Most people are not scientists with an agenda of being "noted" or "famous".  Most are just curious individuals who like to research and learn.  I am one of those people. 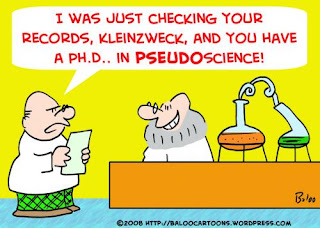 How can Cryptozoology, then, be a "pseudoscience"?  This would imply that those of us who study cryptids aren't really studying, but pretending to study.  None of  my colleagues in this field sit in laboratories, forests, or libraries listening to iPods with a comic tucked into a textbook.  We are really looking, really learning, and really trying to understand and document all of the oddities around us.  I would also assert that pseudo-skeptics are also cryptozoologists when they try to disprove the existence of such oddities.  After all, something must be studied to be debunked.  This is where the "pseudoscience" label fails. 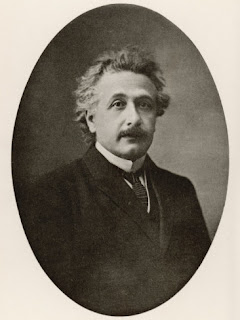 We must be papered, lettered, and recognized before our study and research has any value,  just like some of the most revered scientists of the past, right?  Wrong.  Aristotle was a philosopher yet he set the stage for what would eventually develop into the scientific method centuries later. Charles Darwin failed miserably in learning medicine (at age 16, no less) and attended Cambridge at a time when there was no degree in the natural sciences.  Thomas Alva Edison quit school in 1859, at the age of 12, yet is considered one of the foremost scientists of modern time.  Sir Isaac Newton, the epitome of a scientist, made many of his discoveries well before earning his Bachelors Degree in 1665.  In fact, in his own lifetime, Newton wrote more on religion than he did on natural science.  He also devoted a great deal of time to alchemy.


I don't aspire to be in the same realm as the geniuses above, including our modern Cryptozoologists.  I have enjoyed a modicum of notoriety in the field and am publishing not only here on the blog and other online outlets, but also in print books (most of which are still in process). I am regularly asked to be interviewed on various cryptid topics as well as haunting phenomena.  These are honors I am always surprised to receive as I truly consider myself simply a student.  One of the things I  have learned is that I do in fact "deserve" to wear the title "Cryptozoologist"--as do you, if you are a student of mystery animals.  I wear it proudly, but not arrogantly.  I'll leave arrogance to those who decry why I devote myself  to as "pseudoscience" and declare that we, as a group, are not "credible".


This from Loren Coleman says it all, "Being a cryptozoologist is to be a modern adventurer..."