Very regularly, interesting artifacts of long gone animals are being rediscovered across the globe-hiding in the fossil collections of our museums. Back in 2009, scientists (specifically paleontologists) documented a “new” animal hiding in storage at the ROM, Canada’s Royal Ontario Museum.

The 500-million-year-old hurdia victoria, a sea creature, was initially recovered from Yoho National Park, near Field, B.C. by American paleontologist Charles Walcott in 1909.  Included in the find was a mysterious carapace (upper part of the exoskeleton) which Walcott recognized as that of a crustacean.  The fossils were eventually packed up and shipped to the ROM, where they floundered for quite some time.

Some parts of the remains were misidentified.  The mouth section was thought to be a whole jellyfish.  Another piece was initially identified as a sea cucumber.  Walcott tried to identify the fossils by comparing them to known species, especially living ones.  By the time Walcott was 74, he had recovered over 65,000 specimens from the Burgess Shale, a vast fossil field in the Rocky Mountains of BC.  The shale holds fossils of things that lived about 500,000,000 year ago in the Middle Cambrian period and are excellent specimens.  The Burgess Shale once lay beneath the sea deeply enough so as to not be disturbed by waves of storms, buried beneath mud flows off the Cathedral Escarpment.  This enabled preservation of soft tissue because the mud insulated the remains from decay.

Walcott’s misidentification remained intact until the 1960’s.  Alberto Simonetta, an Italian paleontologist, reinvestigated the Burgess Shale and was able to convince the scientific community that there were many more artifacts, and that Walcott’s identifications were incorrect.  Harry Blackmore Whittington, with the help of research students Derek Briggs and Simon Conway Morris of the University of Cambridge, reassessed the deposits and revealed that the fauna represented were much more diverse than Walcott had recognized.  Many of the animals present had bizarre anatomical features.  Some of the new animals were the Opabinia, with five eyes and a snout like a vacuum cleaner hose and the Hallucigenia, which walked on bilateral spines. 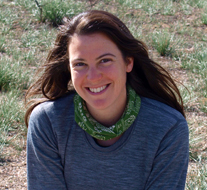 In the 1980s, the ROM discovered more complete examples of the hurdia victoria body. In 2009, a hundred years after the first discovery, a Canadian PhD student named Allison Daley put together the various pieces and finally revealed the actual shape. Dr. Daley is currently a post-doctorate researcher at the Palaeontology Department of the British Natural History Museum.

Hurdia was one of the largest organisms in the Cambrian oceans, reaching approximately 50 cm in length. It had a pair of spiny claws on its head and a mouth like a pineapple ring. A hollow, spike-shaped shell protruded from the front of its head but the function of this organ is unknown. The shell is empty and does not cover or protect the rest of the body. Large gills were suspended from the sides of the body on lateral lobes.  This animal was an important link in the evolution of arthropods (animals with jointed legs- crustaceans, butterflies, spiders and other insects) and their diet of beings that would evolve into mammals.

UNESCO (The United Nations Educational, Scientific and Cultural Organization) and Parks Canada designated the Burgess Shale as culturally and scientifically important.  This made it more difficult for scientists to quarry the fossils, but The Burgess Shale Geoscience Foundation and the ROM do have ongoing sites.  Even now samples come in faster than they can be identified and catalogued.

The story of the hurdia victoria underscores the vast amount of information we have yet to understand.  Buried deep within not only fossil beds, but also museum storage, may be many answers to cataloguing and identifying some of the mysterious animals reported in modern times.