Charles Fort and the Dundas Minnows 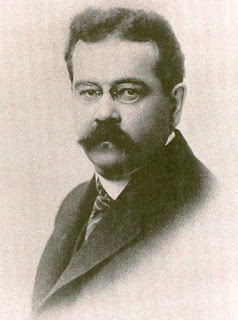 
Dundas Seeks Explanation of Alleged Phenomenon -- Small Boy Prank?
Dundas, Feb. 26 -- In common with many other centres rain fell here yesterday afternoon, and several hours later residents were astonished to observe small fish, about the size of baiting minnows, near the vicinity of Victoria and Market streets. The small fish, it is said, did not come from the sewers, nor were they washed from the creek, which passed through the town.
James W. Dickson, a resident of the town, believes that the fish fell with the rain from the sky. He procured specimens and intends to seek scientific opinion for the phenomenon.
_____

Professor B. A. Bensley of the University of Toronto, declares that it is unlikely that the fish fell from the sky. "My opinion is that some small boy got hold of these fish in some way and dumped them on the street," he said.

Problem solved, right?  Only maybe, said Charles Fort.  He wrote to the Star and influenced and editor enough to print more information the following March.  International news services carried the story of the remarkable fish fall and Fort felt he should address the phenomenon.  He was unaware that a local fisherman, one Robert Manning of Dundas (Ontario) had a bait pail full of minnows in preparation to go ice fishing the next day.  Because of the rainstorm, Mr Manning cancelled his trip and dumped the bucket of minnows.  As they washed down the street in the rain, the theory is that they collected in a shallow spot, giving rise to the “puddle of dead minnows” on the street.

Fort wrote to the newspaper that he had documented over 200 cases of living things falling from the sky.  He further stated that some of these living things were species that were at the time unknown to science.  He also wrote:

"It may be that all bodies of water in Canada on Feb. 27th were not all frozen solid, but certainly supplies of minnows were not very available. This is the point on which I am seeking information.... It seems incredible that the minnows of Dundas had origin anywhere in Canada, or could have been carried from some far southern point, without scattering. To most minds it will seem incredible that the creatures dropped to the earth from a body of water somewhere in space beyond this earth, because interplanetary space is supposed to be intensely, if not absolutely, cold. I have many data that indicated otherwise."


The story took on a life of its own and soon there were reports of dead minnows on third story window ledges. Various versions of the story appear on internet websites—without the perfectly reasonable explanation. Likely old Dundas, Ontario residents still tell their grandchildren yarns about the day it rained minnows.


Additional “raining” phenomena is addressed by Russian ethnologist Waldemar Jochelson (1855-1937) in a letter to Science Magazine in 1923.  He tells of Russian lore regarding fish appearing as if gifts from God in lakes-which he explained to the Siberians were actually migrating fish as the lakes were connected subteranneally.  Fish found in dry spots could be explained by them simply getting caught when the water dried or drained suddenly.  Frozen tundra lakes may freeze fish which then appear to have been dead then come alive again, a process called anabiosis.  Jochelson suggested that these were the reasons the numbers of fish would occasionally suddenly significantly increase.  He also tells of awakening in the Aleutians and finding a two foot layer of stunned fish, urchins, and shellfish along the shore outside his cabin.  This was, he said, likely caused by volcanic earthquakes.  Birds of prey picked up the fish and carried them away.  Locals and even some scientists of the time claimed that because there are shells in the hills they are therefore former sea beds when a more logical answer might be that the shells and bones found were left over from the carrion of these shocks.

Contemporary author Michael  Swanwick has a fish tale of his own.  He writes of a flower pot imbedded in his garden that was home to goldfish and water lettuce.  The number of living (and dead) fish changes without any apparent spawning.  In the comments his readers give their ideas on how this happens—all sound, logical possibilities—but the basic myth survives.  The inference is that some “outside force” beyond our understanding has influenced the fishes. 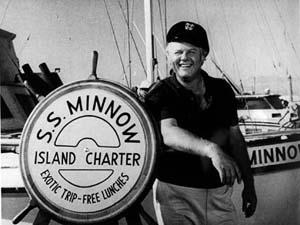 Sadly, this sort of thinking and lack of reasoning is rampant in what passes for the Fortean world currently.  Too many people, influenced by what they see on television or on the internet, accept the initial, albeit illogical, explanation.  Too many don’t bother to think for themselves, opting to instead let their minds be entertained by the fantastic rather than the true.  It’s vastly more fun to believe that there are hundreds of chupacabras feasting on farm animals across the US (and, alas, even in Canada) than to educate ourselves.  It’s better TV to promote that Mothman shoots radiation from his eyes (an edit was done on a tv show to make it appear I suggested such a thing) than to allow ourselves to be simply astounded by the mere idea of Mothman.

Sadly, serious researchers must spend way too much time chasing fish tales when they could be breaking ground in real ways.