Across the globe, sightings persist of “black panthers” .  There are black (melanistic) felines;  melanistic leopards are sometimes found in zoos and occasionally in the wild.  Melanistic jaguars (the furry kind, not the cars!) are also sometimes seen both in captivity and in the wild.  Panthers, or mountain lions, pumas, and cougars, are typically tawny and no black specimen has been documented. 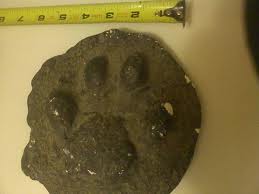 On July 30, 2010 a “black panther-like cat” was seen in the Lac George Road area  of Alfred-Plantagenet, Ontario.  It was lunchtime and a gentleman phoned the police to report the cat.  Others had spoken of seeing them, but this was the first police report for this area.  Offers were dispatched, then the Ministry of Natural Resources, but no evidence of a big cat was found.  Although officers suggested it would most likely be a black cougar, the Ministry maintains that it is highly unlikely that cougars are present in this area of Ontario.  Cougars were mostly wiped out in the late 1800’s, but it is possible that they are again building in number.  Over 3000 sightings of cougars in Ontario have been reported.  Officially, cougars are listed as endangered in Ontario. Additional sightings of black panthers/cougars have sprung up in all of Canada’s provinces-even in Port au choix, Newfoundland.

The Ministry of Natural Resources has conducted a rather thorough investigation of the possibility of cougars repopulating in Ontario.  Since 2006 they have been collecting samples of scat, DNA, and photos of tracks.  Wildlife cameras have been placed, but so far no definitive photos of a cougar have been captured.  One OPP officer stated that Eastern Cougars do exist and the DNR agrees. Since 1890 (through August 2011) twenty two people in the US and Canada have been killed by cougars.  None have been in Ontario. 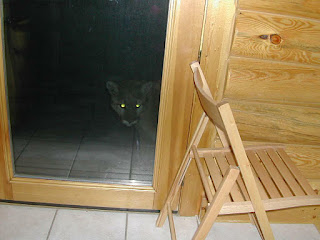 Are there black ones?  This is the real question.  Thousands of reports have come from all over the western hemisphere since at least the early 1800’s.  Several years ago, a fantastic photo of what seemed to be a black panther on a patio circulated on the internet.  Many versions of the location were reported, one being Avonmore, Ontario. Interestingly, Avonmore is a mere 65km south of Alfred-Plantagenet.  This photo is a legitimate one, taken in 2001 by Dr. Dave Rogers in Lander, Wyoming.  Cougars are not rare in that area, and accompanying photos show that this one is not actually black but the typical tawny color.  Since melanistic animals do naturally occur, it may be only a matter of time before a legitimate black cougar is photographed. 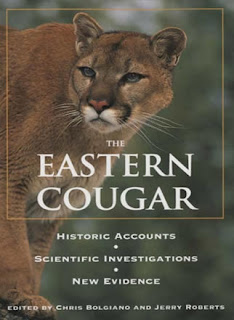 Google Books has a great offering called The Eastern Cougar: historic accounts, scientific investigations, and new ... By Chris Bolgiano, Jerry Roberts  (link below).  One of the important items that these authors discuss is the existence of the jaguarondi, a small cat native to extreme southern US and points south.  This cat goes through a phase of its life as black, but it is considerably smaller than a cougar.

One interesting side note—sometimes reports come in that a woman is screaming.  This is often the mistaken interpretation of a cougar.