Sasquatch from the Bottom Up Part 5: Bear Arms? 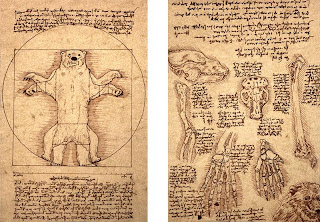 We’ve sort of climbed Sasquatch like a tree, which brings usnicely to his “upper limbs”. Today we look at Sasquatch Arms—the real ones, not the Urban Dictionary definition of awoman who doesn’t shave!


Like all Bigfoot researchers, I habitually go back to the PGfilm for photographic evidence. I’velost track of how many times I’ve viewed this film, especially famous frame 352. Each time I watch it I have a different opinion. One of the things I’m set on though is the upper appendages (arms)shown in that footage.


Real or hoax, the subject in PGF has interesting arms. Firstobservation is usually the length of the arm. It appears to hang to the knee, but when you consider that the subjectis stooped, more likely the real length is about halfway down the thigh.

Arboreal primates have significantly longer arms whencompared to the torso. The mean ratio ofarm length to leg length for the common chimpanzee is 97.8. Humans average alower ratio at approximately 71.8. Thisratio is calculated compared to leg length and does not include the hand. A.afarensis (Lucy) is intermediate between modern humans and chimpanzees at 84.69. Bears, because they are not primarily bipedal,have a ratio of almost 100%. In the famous frame, the legs are 24 units long (the size of the unit is unknown, but the same is used for all measurements) and the arm is 10 units, giving our animal only a 42% ratio. In humans, the“wingspan” is just about the same as the person’s height. Her wingspan is estimated to be 35units. If we estimate each unit at twoinches, her height would be 70 inches or about 5.8. This is consistent with other proportions inthis specimen. 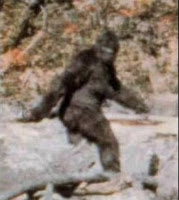 In the PGF, our Sasquatch swings her arms freely, like in ahuman economic gait. Keeping the armssteady increases the effort of walking by 12%, , which suggests that holdingthe arms down requires more exertion that letting them swing. Forcing the armsto swing out of sync increases the effort of walking even more. Arm swing isthought to help provide balance and to keep the body from spinning. Thus we can see great similarity in arm swingbetween humans and Sasquatch. Great apesand lesser apes do not generally swing their arms when they are upright. Bears are not primarily bipedal and do notswing their arms while walking.


As an interesting aside, Bob Heironimus, the man who claimsto have been “in the suit” in PGF has a 35 inch arm length. Hrmmm. 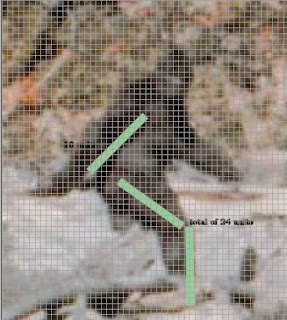 Added for reference for Andrew May (see comments)