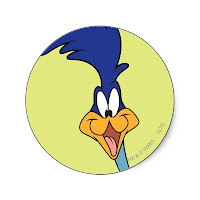 Breakfast Television, CityTV Toronto’s popular morning show, has caused yet another stir in Ontario. When locals “discovered an alligator” in a local pond, CityTV and BT made it news. Now they’re at it again, and the possibility of an odd creature in Ontario has got people talking. In a casual conversation, host Kevin Frankish mentioned that there “have been roadrunners sighted in Ontario.” In the few hours since, I have received more than a dozen emails asking if this is true. The simple answer is…maybe.

Three years ago, two men who live on the Bruce Peninsula reported seeing a Greater Roadrunner. One of the men is a Texas native and well familiar with roadrunners. It seems unlikely that his visual record would be wrong. The greater roadrunner (Geococcyx californianus) is an essentially flightless bird. It has wings, but they are weak and render this species of cuckoo virtually grounded. They live and breed in the southern US and Mexico build platform nests in the brush and on cactus. Roadrunners do not migrate and need little water. They eat fruit, insects, seeds, and small reptiles and it kills the larger prey by a swift blow of its beak to the back of the neck, or by holding the prey in its beak and bashing it against rocks. It stands about a foot tall, with a body that is brown with black streaks and sometimes pink dots. Its breast is tan or white, as is its belly, and its crest is mostly brown. Both males and females have a patch of bare skin behind each eye which is orange and blue in the female and orange and white in the male. They have four toes on each foot, two forward and two back, and from beak to tail’s end, the bird is about two feet long, half of which is tail.would be wrong. The second man spotted a roadrunner nearly 20km away within 24 hours of the first sighting, Given that these birds can run up to 42 km per hour it is possible that this was the same bird.

Researchers suggest that the actual bird sighted was not a roadrunner. One researcher suggested that it was” a partridge” which is what the locals call the Spruce Grouse. Ruffled Grouse are also plentiful in Ontario and the suggestion was made that this explained the sighting. Ontario is home to the Black Billed Cuckoo, a relative of the roadrunner but very much smaller, so it is possible that this bird was one of those. By virtue of the bird running a fair distance on the ground and not “ducking” its head as it did so implies that it was not one of these regular Ontario bird species. Several comparison photos are below to let you make your own decision. Since Ontario gets regular shipments of food from Mexico and the southern US, it is plausible that this bird caught a ride and ended up in the colder climate by mistake. 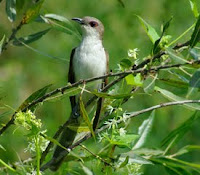 I spoke with the Ministry of Natural Resources in both the Bruce County area and near Peterborough and they have no reports of roadrunners in Ontario. Biologists havesaid the harsh winter climate would be deadly to the species, and an abundance of predatory mammals would make survival even more difficult.

Nobody is calling the witnesses cuckoo, but we do suggest that maybe the bird sighted wasn’t one either. 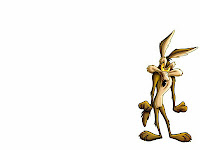