A cow pooed on the soccer field.

OK this really isn’t about cows or poo-not really.  It’s about deposing a witness.  My 10 year old son came home from school and announced that he saw a cow poo on the soccer field.  Given that we live in a highly urban—even densely populated—area, I found this highly unlikely.  Yet like any good investigator I didn’t challenge his report, I simply began asking questions. 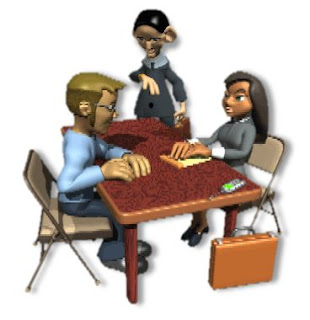 Witnesses are the foundation of any study.  It would be largely pointless to go sit in some random patch of woods in order to photograph Bigfoot if he has never been seen there.    Weird lumps in the water aren’t Ogopogo until someone makes a report.  Typically, we researchers are not the initial witnesses.  This means we are highly dependent on what people tell us in order to build an investigation.  Because it all starts with a witness, it is imperative that we deal with them respectfully, honestly, and thoroughly.

Having respect for a witness is sometimes a bit of a challenge.  In the case of the soccer cow, my first instinct was to roll my eyes and disbelieve.  Realistically though, he likely didn’t come up with this story out of thin air.  There had to have been a spark to it.  If I didn’t know him, I would have to first assess if he is a credible witness.  I would have conversations with him, via email, phone, or in person, and through a series of discussions would get an idea of his creditability.  I will admit right here that I rarely do my own witness interviews—I have an associate who does this for me because she is MUCH more tactful than I am!  One of the steps in establishing credibility is to be certain that the witness is not under the influence of drugs or a mental illness.  While I would likely blurt out “Are you nuts?” or “Are you taking any medications?”, Tere would subtly discover their mental state with a series of more benign questions.  She would ask about how the day started, how it progressed, the events leading up to the discovery, what they had for lunch, if they skip breakfast regularly,  and other questions that give an idea of the witness general health and lifestyle.  She might make a trip to the washroom and sneak a peek at the medicine cabinet, but you didn’t hear that from me!  In the entire interview, however, the witness must be taken at face value—they should never get the sense that you don’t take them seriously as this will prevent them from opening up to more information.  They should never get the impression that you are judging them either—who is going to work with someone who is judging them?

The second step is to get the facts of the event, and to make honest, albeit respectful, observations.  In the case of my son, I asked “Did you actually see the cow?” and he admitted that he had only seen the poo, but said that others had seen the cow.  Knowing that most elementary school children in urban Toronto have likely never SEEN a cow, this had me suspicious.  I told him honestly that I couldn’t imagine how a cow could have wandered into the school soccer field.  I asked if there were special programs that day, or if any other unusual animals had been reported.  They had not.  So I moved on to questions about what he actually saw, which was a pile of poo.  I asked for a very detailed description of what he saw, and asked him to sketch it.  His description was that it was “like a volcano”.  So I shared with him my knowledge of poo (and yes, unfortunately it is extensive) and that when cows leave skat, it is generally flat like a cookie rather than tall like a volcano.  You can use your skills and knowledge with your witnesses and their descriptions too—for instance, if your witness reports that the lake monster they saw had fur, you could tell them that statistically the lake beings have smooth skin or scales.  You would then talk about water animals that have fur and see if known animals have similar other attributes to what it was that they saw.  Do this respectfully—ask them to think and reason WITH you to ascertain the possibilities and refine the descriptions that you are given.  This will not only help you focus your investigation, but also perhaps put them more at ease with what they saw.  I recently was involved in an investigation in Ohio where witnesses reported hearing a woman screaming in the woods.  Nobody had reported seeing a woman, or even an apparition, so the focus had to be on the sound.  I asked about the neighbors, and the neighborhood, and the general makeup of the community.  The primary witness disclosed that on a nearby farm there were peacocks.  I shared my knowledge that pea hen makes a sound very much like a woman screaming for help.  Suddenly the phenomenon was not quite so Fortean.  Fortunately I was dealing with a witness who was open to explanation rather than someone certain the event was cryptic, and while I was hesitant to stamp this mystery “solved”, I told him I felt sure this was, at this point, the most likely explanation and thanked him for his help in the research.

Finally, when dealing with a witness it is crucial to be thorough. My son and I visited the soccer field and photographed and observed this “cow poo”.  Had this been a more serious investigation, I would have also taken samples for testing.  I ruled out deer scat (deer poo in pellets) and considered that the pile came from a large dog.  It was likely either canine or human, and I’d really rather not think about the latter.  When a witness claims a Sasquatch sighting, be just as thorough—find out the weather, the flora and fauna, the time of day of the sighting.  Visit the sight for other visual clues—broken branches, mashed grass, available food for such a creature.  Look at the human and vehicular traffic patterns.  If your beast resides in a lake, take water temperature and water samples.  Learn about what “normal” creatures eat.  Surround yourself with information so that you can make reasonable assessments.

All too often “researchers”  take witness testimony at face value and stop there.  The witness is looking for information so if all a researcher does is feed  back what the witness reports, then the witness gets no information.  Thoroughly interview your witnesses and make the effort to assess all the aspects.  Sometimes cow poo is dog doo.