by guest blogger Fiona Broome, with many thanks for her wonderful insight!

Faeries, or fairies, may be more than fanciful products of fiction.  In fact, faeries seem to have a real (if murky) foundation in fact, and have been feared for centuries.

Whether or not you believe in faeries depends on what you think they are or were.

Today, if you mention fairies, people think of a cute, diminutive creature with wings like Tinkerbell.  Most people attribute that imagery to Disney. In fact, it actually dates back to the 16th century. Shakespeare's play, A Midsummer Night's Dream, was one of the earliest sources of that dramatically different – and some would claim, false – representation of faeries.

That mischievous, diminutive version of faeries has been reinforced by rhetoric based on fear. Traditionally, many people – especially those in Celtic countries – believed that it was bad luck or tempting fate to openly discuss the faeries.

As a result, faeries were (and still are) described as “the little people” or “the good folk,” when people uttering those words regarded faeries as neither little nor good.

In folklore from Europe to Asia to the Americas, many stories describe faeries as human-sized or much larger. We could readily categorize them with the Nephilim of the Bible, or Ireland's Tuatha De Danann.

However, erroneous descriptions of faeries as small may have misled some researchers.  One of the earliest was historian John Francis Campbell (1821 – 1855).  When he wrote about Celtic folklore and faeries, said, “I believe there once was a small race of people in these islands, who are remembered as fairies...”

By 2004, this concept seemed so deeply embedded in society, when National Geographic magazine described the remains of hobbit-sized people in Indonesia, geo-scientist Michael Bird rushed to dismiss them as the origin of Indonesia's faerie “little people.”

That wasn't because of their size, but their hardiness; to Bird, it seemed unlikely that such diminutive creatures could survive harsh environmental challenges.

The fact is, many faerie-focused researchers are confident that some – if not most – faeries were (and perhaps are) approximately as large as humans, or larger.  There seems to be archaeological evidence for that.

A widely-reported 1938 excavation at Ireland's Lough Gur revealed the “Giants' Graves,” generally regarded as faeries.  According to contemporary stories, banshees across Ireland wailed when the graves were opened.  The bodies inside were at least eight feet tall, reminiscent of tales of Finn McCool (Fionn mac Cumhaill) and the Tuatha De Danann.  Unfortunately, the bones were moved and their current location isn't clear.

New research at recently-discovered Irish cairns may reveal whether the Lough Gur skeletons were anomalous.

Among the most famous, first-person encounters with faeries was described by the Reverend Mr. Robert Kirk in his 1691 book, The Secret Commonwealth of Elves, Fauns & Fairies.  There, he describes faeries as beings of a “middle nature between Man and Angel,” referencing a concept that dates back to Plato, and perhaps earlier.

This contrasts the views of other 17th-century writers and philosophers. Platonist Lady Anne Conway described the “middle nature” as Jesus Christ, connecting God and a third species described as “Creature,” or man.

In 1705, John Beaumont wrote about Genii or familiar spirits, “Censorinus tells us, that Genius is a God, under whose Tuition each Man is born and lives... Genius is said to be Son of Jupiter and the Earth, as being held to be of a middle Nature betwixt Gods and Men...”

Then, John Milton, in “Paradise Lost,” seemed to think that the Moon was inhabited by “translated Saints, or Spirits of a middle Nature, betwixt angelical and human Kind.

More recently, in “Shedding Light on His Dark Material,” 21st century authors Kurt Bruner and Jim Ware describe creatures of Plato's “middle nature” as daemons, “giving mortals intercourse with the gods.”  According to Bruner and Ware, daemons had (or have) bodies more transparent and fragile than ours.  That doesn't entirely fit common faerie lore.

Is this is a spiritual debate, a scientific challenge, or a simple matter of semantics?

In the realm of faerie studies, we can certainly trace a long history of beliefs in “middle” beings, like those described as the “gods and not-gods” of Ireland.  They're described as both visible and invisible, with speculation that they live in a world between ours and the spirit world, or even between the surface and deep interior of Earth.

One of the most consistent beliefs about faeries is that they thrive in the “in-betweens,” or in an elusive world that's neither here nor there.  Perhaps this references their “middle nature.”

The daemon concept may be closely linked with faeries. However, those who focus on the malicious nature of faeries are more likely to connect them with demons.

For many people, faeries aren't cute; they aren't funny; and they should not be crossed or even roused.

By contrast, the media give us Tinkerbell, the leprechaun of Lucky Charms cereal, and other faerie stereotypes.  They're happy, slightly-mischievous, cartoon characters.  Of course no one thinks they're real.

That seems to be what people want:  Faeries that aren't dangerous, and fairy tales far removed from the gruesome roots explored by the Brothers Grimm.

More rarely, we see accurate portrayals.  The 1998 mini-series, Merlin, described several Arthurian characters as faeries, including Queen Mab and her sister, the Lady of the Lake.  In some faerie traditions, the fae world is energized by our belief in the faeries.  That concept was well-portrayed in the TV show, and – for some researchers – very purely and literally parallels with the “observer” concept of quantum studies.

Among the most intriguing and best-researched faerie presentations was in the Torchwood TV series' 2006 episode, Small Worlds.  Those faeries more closely resembled the terrifying creatures of ancient lore, far removed from Shakespeare's mischievous Robin Goodfellow.

Is the word “faeries” -- like “ghosts” -- a term related to phenomena and stereotypes more than a single species or creature?

If we look at faeries from a cross-cultural viewpoint, we see similarities across each category of faeries, whether we're discussing trooping faeries, water spirits, banshees, or companions of the Green Man.

In fact, one of the most compelling arguments favoring the physical reality of faeries is the startlingly similar descriptions across primitive cultures separated by broad geographical distances.

For example, female water spirits in Micronesia, nicknamed “porpoise girls,” resemble several Celtic counterparts, including the Selkies.  Likewise, kelpies have similarities with Bishop Fishes of the Baltic Sea. Hindu Apsaras bear similarities to Greece's Naiads and some Melusine of France.  Tales from Ireland to New Zealand to the Americas describe a deceitful faerie in a cap (often red), sometimes garbed in feathers that help him to breathe when he travels beneath the water.

However, many faerie similarities can be attributed to global archetypes or contagion of folklore.  That's why it's important to examine more modern faerie sightings, and archaeological evidence.

We're far from having a clear answer to the questions raised by faerie history and folklore.  In many cases, people may be applying the concept of faeries to phenomena better explained by other causes.

Until we know more about the various events, locations and creatures loosely categorized as “fae,” we probably can't prove their existence.  In most cases – like other paranormal phenomena – the end result seems real, but the cause is far from simple or easily proved.

Perhaps faeries are best described by Torchwood's Jack Harkness:  “... they're part of us—part of our world. Yet we know nothing about them. So we pretend to know what they look like. We see them as happy. We pretend they have tiny little wings and are bathed in moonlight.

“Think dangerous. Think something you can only half-see. Like a glimpse, like something out of the corner of your eye. With a touch of myth, a touch of the spirit world, a touch of reality, all jumbled together.” 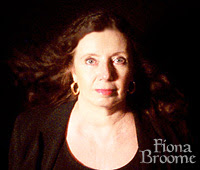 Fiona Broome is an author, researcher and paranormal consultant.  Fiona’s research and her contributions to over 15 books are always based in documented facts, history and science.  Online, she’s respected as the founder of Hollow Hill, one of the Internet’s oldest and largest websites about ghosts and haunted places.  Ms. Broome has attracted attention for her groundbreaking studies of paranormal patterns.  Using history and geography as a base, Fiona is able to predict anomalies such as hauntings and UFO reports.  Fiona has taught Ghost Photography since the 1990s and is one of the world’s top paragenealogists. Fiona is the author of over a dozen books, with many more scheduled through 2012.   She  has also written for many magazines, including publications as diverse as Fate,Herbal Quarterly, MIT’s Tech Talk, and Romantic Times.  Read more at www.fionabroome.com.

We the Fairies, blithe and antic,


Of dimensions not gigantic,


Though the moonshine mostly keep us,
Oft in orchards frisk and peep us.
~Thomas Randolph