Exploring the Wendigo as a Cryptid

Many of the legends of Canada come from aboriginal culture. All things considered, Canada is a fairly young country with vast regions still unexplored, let alone inhabited. Canada’s whole population (about 34.2 million people) is roughly the same as the single city of Mumbai, India. First Nations , Metis, and Inuit history is a vital part of Canada as a whole, and crucial to the exploration of cryptozoology in the “Great White North”.
Aboriginals are deeply spiritual people. They believe that everything is intertwined; that you cannot have body without spirit, you cannot have water without air, etc. There is a fundamental connectedness. All things in life are connected to Mother Earth. This is a special consideration when dealing with Canadian cryptids—finding not only the physical connection to mother earth but also understanding the spiritual connected and meaning in each cryptid. It is therefore necessary to investigate the Wendigo as both a biological being and a spirit. This defies the logic of groups who see cryptids as purely zoological entities. The counter argument is that humans are not purely zoological entities and it is grandiose to assume that there are no other thinking/emoting entities besides humans. To study cryptids without thought to their psychology or special abilities would be a mistake. 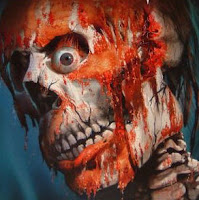 Enter the Wendigo. Wendigos are ancient beings based in Algonquian native lore, primarily in Cree and Ojibwa cultures. Physical description does vary somewhat. Generally these creatures are feared; they are said to be greedy, cannibalistic, and never satisfied. Like the Vampire and Werewolf legends, “regular” people could be changed into a Wendigo by contact in some way. Generally the person would begin to eat flesh. A psychosis has been identified that is considered “culture bound”—persons who grow up with this legend believe they are turning into Wendigos after a period of starvation. These days starvation rarely occurs, but if the person believes he is starving and starts to consider eating human flesh, it may be accompanied by the thought that they are turning into a Wendigo. This psychosis is not just neurological—the victims actually crave flesh as one would crave a glass of milk or a meal in general.
Likewise, Wendigo cannot be investigated as just an unusual animal. The entomology of the word itself probably relates to the Proto-Algonquian word for “owl”. This is hard to associate, as the Wendigo is seen as a skeletal figure of a man. Over time and with the introduction of Western cultures, the physical description of a Wendigo has changed somewhat. While always depicted as tall and boney, more recent descriptions have added a foul odour and glowing red eyes. This makes the Wendigo sound more like a zombie than the original flesh-eating humanlike monster.
From a Cryptid point of view, the Wendigo is hominid at the very least, as he walks upright and is humanoid as it appears to have human shape and function. US Cryptozoologist Loren Coleman refers to a Wendigo as a an “Eastern Bigfoot” but there are distinct differences—first, Wendigo is not known to be covered in hair or fir, and second, there is certainly no evidence that Bigfoot eats people. Generally, a Wendigo is thought to be a human body that has been “stepped into” or possessed by a Windego spirit after considering cannibalism as a means to end extreme hunger. Note that like Vampires, the Wendigo only has to bite the victim, not actually devour any flresh. Technically, this would make the entity a human. As such, the only way to rid the person of Wendigo tendencies would be to kill them and burn the body. Once bitten and “changed” the body begins to morph into skeletal, grey skinned and elongated shape setting the subject apart from “normal” humans.
A Wendigo allegedly made a number of appearances near a town called Rosesu in Northern Minnesota from the late 1800's through the 1920's. Each time that it was reported, an unexpected death followed. In Southern Ontario in 1997 a suspected Wendigo was sighted by an American trucker near St Catherines.
Wendigo reports generally happen in winter, usually at night. These creatures are considered malevolent and predatory. Aside from the ability to turn others into Wendigos, they do not appear to have any supernatural power or shape shifting capability. These qualities seem to direct us to research them as cryptids-and to do so well protected!