Do those that believe in Cryptids really suffer from psychological disorders?

People are often ridiculed for reporting that they have seen some mysterious creature, especially if it is referred to as a lake monster or sea serpent. Often this fear of ridicule prevents it from being reporting in the first place. Some scientists, as well as many others, are quick to try to explain it as a misidentification of a known animal species or perhaps some inanimate object. Granted, many sightings turn out to be just that, but some remain a mystery.

In some cases however, the reports end up being authentic! Many animals have been so shrouded in myths and legends that it was hard to believe that they existed. A classic example is that of the mythical Pongo, a shape-shifting creature that preyed upon villagers in Africa. Eventually this creature was identified as a gorilla! Scientist also dismissed the possibility that an animal striped like a zebra and looked like a giraffe could exist, despite the evidence of skins. Eventually a living okapi was photographed!

What is it that draws people to the belief in cryptids and the desire to push through all the ridicule and pursue them, to separate fact from fiction? And what is it about the witnesses that convince them what they have seen is real, and the fact that they often provide a very detailed description?

Researchers from California State University tried to answer questions such as these. Sharps et al. (2006) stated that certain individuals still have ancient hunting/gathering cognitive aspects in them which make them more susceptible to belief in such things as cryptids. Their findings indicated that those that believed in cryptids (and other paranormal activity for that matter) have a tendency toward ADHD, depression, and dissociation. Sharps et al. also state that people with these tendencies may interpret sensory information in cryptozoological terms and report seeing Bigfoot rather than a bear in certain situations. .

It is possible that some purposely go into areas where there are a high numbers of sightings of a creature (i.e. Bigfoot, Nessie) and hope to see it. In this case shadows, other animals, and inanimate objects such as a huge wave may take the shape of this creature. This may be a case of, “If you believe in it, you will see it?” As Sharps et al. reported that the information an individual has prior to an event has an impact on the memory and interpretation of that event. This relates not only to interpreting Bigfoot instead of a bear, but it is also a problem with crime scene witnesses.

Sharps et al. (2006) did add a disclaimer, likely to ward off nasty comments from cryptozoologists, that they would not expect all those that have cryptozoological beliefs to have these tendencies. Some may simply arrive at these beliefs through other aspects such as personal experiences or environmental influences.

I have only touched on the study but there are few things that should be addressed. First, their sample size had many more women than men. Other studies indicate women are not as skeptical as men therefore this may have skewed their results. Other studies indicate race and religion also played an important part in the belief of cryptids (those that have strong religious beliefs tend not to believe in cryptids; see the Baylor University study (2005) at the link below.

The authors also included a caveat that it is possible for unknown animals to still exist and give the examples of the okapi and coelacanth. However, the study by Sharps et al. and the Baylor University study, had questions that only referenced creatures such as Bigfoot and Nessie, not animals such as the okapi. Had they included animals such as the okapi and coelacanth, perhaps their results might have been different.

The bottom line, it is definitely not as clear-cut as Sharps et al. (2006) indicate. Certainly, some people that believe in Bigfoot and Nessie (and other creatures) may have these tendencies. What about those researchers that push through the myths and legends and discover new species? Do they suffer from these disorders? Possibly, but my question is, “Do the skeptics also suffer from similar disorders?” 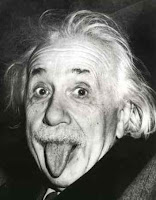