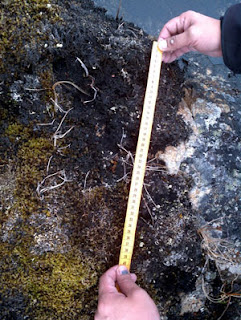 Canadian Broadcasting Corporation (CBC) is reporting that Maggie Cruikshank Qingalik, who is from Akulivik, Que., said her friend saw some kind of creature out in the wilderness.  It was a REALLY BIG something.

The two ladies were out berry picking and saw what they thought was someone else doing the same.  Then they realized the other “person” was about ten feet tall and covered in dark hair.  A Facebook photograph puts the footprint at about 40 centimeters.

Cryptozoologist Loren Coleman was contacted and said the Sasquatch “may sustain themselves on a diet similar to caribou” bit that they are  omnivores  and “are opportunistic and could eat a range of food including salmon or road kill.”  He is hoping, as are we, that someone took some decent photos and measurements and perhaps could return (quickly!) to the site to make plaster casts of the footprint.

Nunavik is the northern third of the province of Quebec, north of the 55th parallel. Ninety percent of the 11,000 inhabitants are Inuit and live in one of only fourteen villages or reserves.   Nunavik means "place to live" in Inuktitut and the Inuit inhabitants of the region call themselves Nunavimmiut.  Until 1912, the region was part of the Northwest Territories. 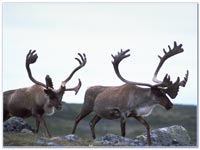 Animals of the area are abundant.  Marine mammals include beluga whales, seals, and walruses.  Polar bears and caribou are common.  Musk-ox was introduced to the area in 1967 and continue to have a growing population.  Water fowl begin returning to the area in late March, with most present by June.  The nocturnal Snowy Owl is a year round resident.  It should also be noted that the food source of ringed seal liver and beluga contain high levels of mercury.  Local children show a higher incidence of ADHD believed to be linked to the higher mercury levels.  It would be interesting to see how other consumers of such animals, like hawks and falcons, also show biological issues with increased mercury.  This would imply that Sasquatch would also be affected. 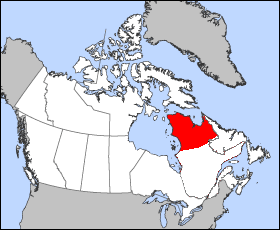 CBC will air an interview with the witness on October 9 at 7am (Eastern Time) which can be accessed here.