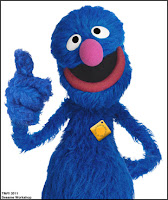 This is who I think of when I see the name Grover, but our Grover Krantz wasn't blue.  Grover the Muppet is described as lovable, cute and furry and provides educational context for simple, everyday things.  Maybe they weren't so different overall.


Grover Sanders Krantz (November 5, 1931 – February 14, 2002) was an anthropologist and cryptozoologist.  With over 10 books and 60 academic articles in his portfolio he is also remembered as a prolific writer. His cryptozoological research on Bigfoot was heavily criticized by colleagues, which in turn cost him funding for more research and even his tenure at the university where he taught.  His work was considered "fringe science" and often that attitude carried over to his academic work.

Krantz is known for his unapologetic belief in the existence of Big Foot.  His articles were rejected by scholarly journals, but he persisted.  He has been described as having been the "only scientist" and "lone professional" to seriously consider Bigfoot in his time, as most bigfoot researchers were amateur naturalists. For the most part, we still are.

Born in Salt Lake City in 1931 hr tried to follow the basic Christian philosophy of behaviour and morality but never really embraced his parents Mormon Church.Krantz served in the Air National Guard as a desert survival instructor in 1951-52 before completing his Bachelor of Science and Master's at University of California, Berkeley in 1958.  His dissertation, The Origins of Man, earned him his Doctorate from the University of Minnesota in 1971.  He eventually became a popular professor at Washington State University even though he had a reputation for giving really difficult exams.  He took a personal interest in his students, often having lunch with them and talking about anthropology, current events, and various sciences.  Krantz retired in 1998 and after his death there was a scholarship named after him to "promote interest in the fields of physical/biological anthropology, linguistic archaeology, and/or human demography."

"I've been a teacher all my life, and I think I might as well be a teacher after I'm dead." 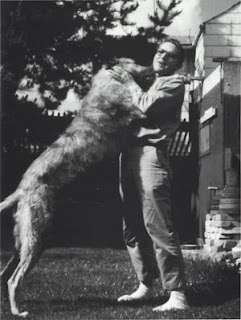 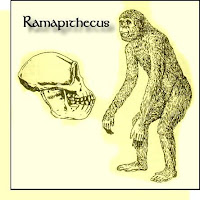 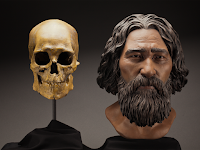 Krantz's studies of Bigfoot, which he called "Sasquatch," led him to theorize that sightings were due to small pockets of surviving gigantopithecines, having migrated across the Bering land bridge, which was later used by humans to enter North America. It is thought to have gone extinct 100,000 years ago in eastern Asia. In January 1985 Krantz tried to formally name Bigfoot at the meeting of the International Society of Cryptozoology held in Sussex, England, assigning it the name Gigantopithecus blacki. This was not permitted by the International Commission on Zoological Nomenclature because G. blacki was an existing name and the creature was lacking a holotype. Krantz argued that his plaster casts were suitable holotypes then later suggesting G. canadensis as a name. He got no support.Krantz was skeptical about the Patterson–Gimlin film. He believed it was a hoax. He then studied the gait of the Sasquatch and came to believe the film was authentic. After years of skepticism, Krantz finally became convinced of Bigfoot's existence after analyzing the "Cripplefoot" plaster casts gathered at Bossburg, Washington. Shortly before his death, Krantz also examined the Skookum cast but did not publicly endorse its authenticity. He said, "I don't know what it is. I'm baffled. Elk. Sasquatch. That's the choice."

Grover Krantz had one brother, Victor Krantz, who worked as a photographer at the Smithsonian Institution. His other brother, Eugene, headed the government affairs office of postage meter giant Pitney Bowes Inc. for 19 years until his retirement in 1982. Grover Krantz was married four times and divorced three times. He also had a stepson, Dural Horton. Krantz was a travel enthusiast. He frequently took road trips, traveling to all 48 continental US states. He did fieldwork in Europe, China, and Java as well as his home state of Washington and other North American locations.
“It has not yet been established that the Sasquatch exists,” To pass laws against harming sasquatches presently makes little more sense than protecting unicorns.”
The remains of Dr. Krantz, per his request, were taken to the University of Tennessee's Anthropology Research Facility.  Scientists there conducted many kinds of skeletal research, including studies that are essential in forensic cases for accurately estimating time since death.  In 2003, the remains and three of his dogs were brought to the Smithsonian National Museum of Natural History, where their skeletons could be used in teaching.

In the 1970s, Krantz studied the fossil remains of Ramapithecus.  Many anthropologists thought it to be ancestral to humans, but Kranta helped prove this notion false.  He showed differences in phonemic speech, theoretical hunting patterns and anatomical differences between homo erectus and modern humans then wrote an influential paper on humans in prehistoric Europe.  He was the first researcher to explain the mastoid process.

Krantz was drawn into the Kennewick Man controversy in 1996.  He argued in academia and in court that there was no good evidence of direct lineage to extant human populations.
He stated his view that "this skeleton cannot be racially or culturally associated with any existing American Indian group" and "the Native Repatriation Act [sic] has no more applicability to this skeleton than it would if an early Chinese expedition had left one of its members there."

He attempted to submit the last paper he wrote before his death, titled "Neanderthal Continuity in View of Some Overlooked Data," but it was rejected by the peer-reviewed journal Current Anthropology.  The editor stated it did not make enough reference to the most current research.  Whether consciously or not, his anger over the years of academic abuse was apparent in this article.  He was told that the tone was "jarring and unacademic" and was refused a second time after a rewrite.  He decided his career was indeed over.  Just before his death from pancreatic cancer, his friend and colleague Jon Bodly visited him and attempted to find the "foolproof method of determining a fake track from a real one just by looking at them."  Krantz just smiled and refused to answer, dying the next day with his secret intact.


Krantz’s plan to kill a Bigfoot “was a political hot potato,”  Jeffrey Meldrum. “It divided the Bigfoot community right down the middle with strong feelings on both sides.”  If Krantz were to shoot one, he might be helping to kill off the species for the sake of his own research but  Krantz’s point was that no one would bother to preserve the species until it was recognized by science.  He felt the only way to get that recognition was  to bring in a corpse.

Though Krantz never found a Bigfoot dead or alive, he had what he thought were close calls.  Krantz was also seen as a maverick in his research methods.  Many found him funny and entertaining. One year, Krantz molded a set of heavy brow ridges and strapped them to his head. He let his hair grow out all summer, trying to ascertain the advantage of a hominid’s having such ridges.  According to Meldrum, “He came to the conclusion that it kept the hair out of your eyes."

Although eccentric, he was also a respected scholar who made legitimate contributions to science.  He was a member of both MENSA and INTERTEL, but fell prey to hoaxes.  After graduating, Donald Tyler and another professor made a fake Sasquatch cast and took it to Krantz for analysis. They used their fingers and foreheads to create lines in the bottom of the cast.  Krantz determined, based on specific dermal ridges and lines in the foot, that the cast was without a doubt from the Blue Mountains.  Krantz was undeterred.  Because footprints have been found for so many decades in so many different places in the world, it seemed completely implausible to Krantz that every one of them could have been faked.  I tend to agree.
More Reading:
https://en.wikipedia.org/wiki/Grover_Krantz
https://anthro.wsu.edu/scholarships/
https://naturalhistory.si.edu/education/teaching-resources/written-bone/forensic-anthropology/skeletal-research-collections
https://books.google.ca/books?id=5a7GAAAAQBAJ&dq=%22Neanderthal+Continuity+in+View+of+Some+Overlooked+Data%22++Krantz&source=gbs_navlinks_s
https://en.wikipedia.org/wiki/Grover
https://www.pinterest.ca/pin/69594756712516365/?lp=true
https://www.smithsonianmag.com/smart-news/over-9000-years-later-kennewick-man-will-be-given-native-american-burial-180958947/
http://www.northamericanbigfoot.com/2011/04/sasquatch-summit-looking-back-at.html
https://alumni.berkeley.edu/california-magazine/summer-2018-our-town/man-myth-and-legend-grover-krantz
https://www.washingtonpost.com/archive/local/1998/06/20/eugene-krantz-pitney-bowes-executive-dies/dfb930e1-5160-409f-b34c-a97ae71360f8/?utm_term=.76133a9251b5