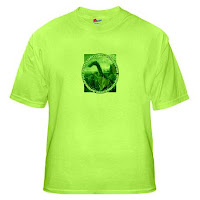 Founded in 1989 by writer James A. Clark, scientist Dr. Paul LeBlond and journalist John Kirk, the British Columbia Scientific Cryptozoology Club (B.C.S.C.C.) is a scientific body which follows the accepted principles of orthodox zoology in regard to establishing the existence of new species of animals. Their mandate is to ascertain where these animals fit into the greater picture in the realm of natural history. They are adamantly against any “ludicrous paranormal, occult or supernatural viewpoints”.  The BCSCC claims to be rigidly scientific and does not entertain speculative “pseudo-scientific notions” or “quasi-scientific nonsense.” 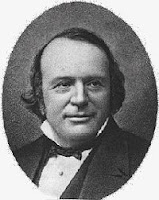 This begs the question, “what exactly are the “accepted principles of orthodox zoology”?  A good place to start is the book Principles of Zoology by by Louis Agassiz and Augustus A. Gould. This book lists many functions and organs of animal life, including the nervous system, the senses (including any “special senses”) elements of voice, intelligence, instinct, motion, nutrition and digestion, circulation and respiration, as well as reproduction and various secretions.  The phrase “orthodox zoology” can be defined only by defining the two words.  Orthodox means conforming to what is accepted as right or true or something not independent-minded and unoriginal.  Zoology is defined as the science or branch of biology dealing with animals.  We can infer then that Orthodox Zoology would be the generally accepted study of animals.  'Scientific principles' would be those that explain the 'why' and 'how' of various phenomena using scientific method.

Ah, the “scientific method”;  so often we are, as researchers, accused of not applying this to our studies.  The Oxford English Dictionary says that the scientific method is: "a method or procedure that has characterized natural science since the 17th century, consisting in systematic observation, measurement, and experiment, and the formulation, testing, and modification of hypotheses.”  This sounds reasonable.  Systematic observation, measurement, experiment, formulation, and testing are certainly elements of Crytpzozoology as well.

The classical model of scientific method derives originally from Aristotle, who distinguished the forms of approximate and exact reasoning, and defined a threefold scheme of abductive, deductive, and inductive inference, as well as considering the compound forms such as reasoning by analogy.  In deductive reasoning, if the original assertions are true, then the conclusion must also be true.  Abductive reasoning  typically begins with an incomplete set of observations and proceeds to the likeliest possible explanation for the set.   Most scientific researchers avoid abductive reasoning because it is quite subjective.  Hard core scientists, like the BCSCC, use mostly deductive reasoning—they base their facts and logic on what is known, comparing a proposed cryptid to those animals that are known to currently exist or have previously existed.

Conversely, many Cryptozoologists use the inductive method.  In fact, much mainstream scientific research is carried out by the inductive method: gathering evidence, seeking patterns, and forming a hypothesis or theory to explain what is seen.  Conclusions reached by the inductive method are not logical necessities; no amount of inductive evidence guarantees the conclusion.  It is this sort of ambiguity that sets traditional/deductive scientists on edge.

In 1877, Charles Sanders Peirce (1839–1914) characterized inquiry in general not as the pursuit of truth per se but as the struggle to move from irritating, inhibitory doubts born of surprises, disagreements, and the like, and to reach a secure belief on which one is prepared to act. He outlined four methods of settling opinion, ordered from least to most successful:

1.    1.   The method of tenacity (policy of sticking to initial belief) — which brings comfort and decisiveness but leads to trying to ignore contrary information..
2.     2.  The method of authority (using the claims of “experts”)  can be majestic and long-lived, but it cannot operate thoroughly enough to suppress doubts indefinitely, especially in the face of adamant witness testimony.
3.     3. The method of congruity (what is agreeable to reason)"promotes conformity but depends on taste and fashion in paradigms and can go in circles over time. It is more intellectual and respectable but, like the first two methods, sustains accidental and capricious beliefs, destining some minds to doubts.
4.     4. The scientific method — the method wherein inquiry regards itself as fallible and purposely tests itself and criticizes, corrects, and improves itself.

This seems much more appropriate in the study of cryptids.  Certainly there are those who are tenacious, authoritative, and congruous in the field.  It could be said that some even have those traits when it comes to defining “Scientific Method”.  But Pierce reminds us that science, and its methods, are fallible and constantly corrects itself.

I propose the answer to the “justifiability” of cryptid research as something other than a “pseudo-science” is a combination of methodology, anthropological, historic and other established science in congress with peer review.  If we base our research only on what has already been established and is generally accepted (inductive and deductive classical methods or tenacity, authority and congruity in the practical methods), nothing can really be gained except to liken what is unknown to what is known. This, in and of itself, is directly contrary to the idea of studying “unknown” animals.  If they are unknown, they have nothing to compare evidence to.  It would seem then, groups who limit themselves by never using abductive reasoning, are not seeking to discover new animals but rather to debunk cryptids by making them to conform to “known” science.  By including those who propose that cryptids do have some paranormal, occult or supernatural viewpoints, real “scientific method”, as Pierce describes it, can be achieved.

I am in no way discarding the fundamentals of science.  Certainly forensic evidence plays a huge role, as does zoology and many other “ology” studies.  To discard those who “think outside the box” as pseudo-science or “ludicrous nonsense”, limits the scope of the research to only that which is provable and “generally accepted”.

What good is that?  We already know what those animals are…