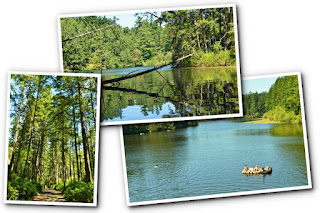 BC has it’s own version of the Creature from the black lagoon—or does it?  Back in August of 1972, the Victoria Daily Times reported that two local teens claimed to have been chased from the beach at Thetis lake near Victoria, British Columbia.  The attacker?  A 5 foot tall, 120 pound silver scaled humanoid with sharp fins on his head.

On August 19, 1972, the RCMP (Royal Canadian Mounted Police) launched an investigation after teenage boys, 16-year old Robin Flewellyn and 17-year old Gordon Pike, claimed to have been attacked by the creature.  The boys reported that they were standing on the beach near the recreational center when they both saw a sudden swelling of water just offshore.  The creature’s head and silver-scaled torso rose from the lake came toward the two terrified teens.  They ran to their car with the monster on their heels.  Reportedly, the thing attacked and injured one of the boys, leaving a laceration across his hand. The boys drove immediately to the RCMP and reported the incident.  According to one of the investigating officers, “The boys seem sincere, and until we determine otherwise we have no alternative but to continue our investigation.” 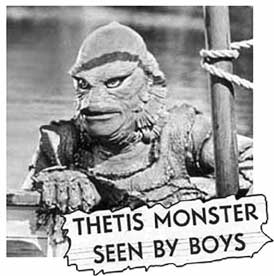 Four days later, August 23 at approximately 3:30 pm the creature was spotted by 12-year old Mike Gold and 14-year old Russell Van Nice, who were fishing on the opposite side of the lake.  The description was very similar to the original report.  According to one of the boys:

“It came out of the water and looked around. Then it went back into the water. Then we ran! Its body was silver and shaped like an ordinary body, like a human being body, but it had a monster face, and it was all scaly with a point sticking out of its head and great big ears and horrifying eyes.”

The RCMP re-launched the investigation but hard evidence was not found.  Soon the story made headlines in the Victoria Daily Times.  The Times commissioned an artist to create a picture of the beast.  A few days later, a newspaper called The Province received a call from a man who had lost his pet tegu near the lake the year before.  This prompted many to believe that this was what the witnesses actually saw.
Tegus (Tupinambis merianae) are lizards which can grow up to 5-feet in length thrive in the warm climates of Latin America. They rarely weigh more than 30 pounds.  This video shows average pet tegu behavior:

Others have suggested that a tegu could not survive the BC climate, but this speculation neglects to take into account that tegus hibernate in the winter—Argentina, where most pet tegus come from-does have a cold winter and the local lizards sleep through it.  They can easily withstand nighttime lows in the 70s but need a nice hot sunny spot to bask in the daytime.  They are not, however, aquatic.  It would not be likely to see a tegu offshore in any lake, whether North or South America.

Junior Skeptic magazine’s Daniel Loxton tracked down a 49-year old Russell Van Nice (one of the young boys involved in the second sighting) who then claimed, “It was just a big lie… [Mike Gold was] trying to get attention.”

Local Natives, especially the Kwakiutl Indians, have many legends of creatures in northern and coastal BC.  Loren Coleman lists the Pugwis (also spelled Bukwus Bakwas, Bookwus, Bukwis, Buk'wus, , Pu Gwis, Pu'gwis, and other ways) as a possible explanation for this sighting.  The Pugwis, however, is described as “a skeletal, long-haired wild man who is a ghost associated with drowning victims.  He tries to tempt humans into eating ghost food and therefore becoming pugwis/bukwus themselves.  This is the only relevance to water—that this ghost is associated with drowning victims.  The Pugwi is not an aquatic creature.

Haida tribes have stories of creatures who were once men.  Of these stories the “devilfish” might be a close cousin, but given that this creature is described more like an octopus, it would not be our Thetis Lake monster.  References to a nonclassified "water-beast" occur in many groups in and around the British Columbia coast  and appear on clan crests.  One aquatic beast is called the “sea wolf” but it is much larger and covered in fur rather than scales.  In a classic tale of the son with the nagging mother-in-law, the badgered son kills a lake monster, the Wasgo, and impersonates it. The  Wasgo is aquatic, extremely powerful, carnivorous, toothed, tailed, and finned. Another legendary creature is described as a long, with huge mouth and teeth and in every other respect like a serpent. Called Haietlik, it is said the natives offered twenty sea-otter skins for a specimen as a piece of this magic animal insures success at all times.  Up the coast into Alaska, the Eskimos speak of a carnivorous sea-serpent "Tirichik" or "Mauraa", or the "nikaseenithulooyee," which is something like an alligator.

Ancient petroglyphs in the region have been specifically labeled as referring to Sisiutls, Wasgos, or Haietliks by tribal descendants.  The petroglyphs seem to refer to an elongated, aquatic animal with some projection on the head, and a swimming tail.

None of the Amerindian legends seem to describe exactly the Thetis Lake Monster.  There is, however, enough evidence of oddities in the area to prohibit researchers from completely dismissing the sightings.  Loren Coleman reports that sightings continue, including one by Freshwater Fisheries Society of B.C. instructor Jesse Martin from 2006 (again in August).  Martin saw the creature on land only, coming at him from nearby bushes.  He reported that his car had scratch marks and fish scales where the beast tried to attack him.  Coleman verified the story with Martin in March of this year and the witness stands by his report. 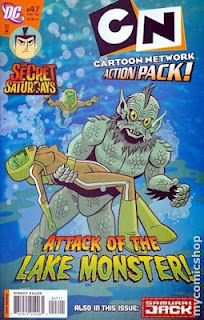 Thetis Lake was established in1958 and was the first regional conservation area in Canada. The lake is about 20 minutes from Victoria, located next to the Old Island Highway.  It encompasses approximately 831 hectares of protected forest and parkland and is a popular spot for fishing and boating, as well as hiking.
Local historian Ross Crockford cautions that the advice given in Haden Blackman's 1998 Field Guide to North American Monsters to carry a flaming torch to defend oneself from the monster is probably more dangerous than a monster, given the tinder-dry nature of the park.


Certainly not a tegu, can we consider the Thetis Lake Monster real?  There does seem to be physical evidence that something odd is in the neighborhood.  Something injured a teen in 1972 and marked a car in 2006.  As August 2012 approaches, perhaps another report will be filed.