Currently, the CFZ-Canada blog is being powered by four Cryptozoologists who live in Canada. They have a combined experience of nearly 20 years in the study!
Robin Pyatt Bellamy 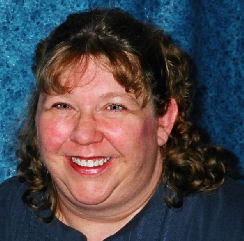 Robin is the former PSICAN Crypto Director and a long-time fan of CFZ. She has many published articles online and in print and has authored three books to date, with another to be released early in 2012. Her specialty is Mothman research, but she enjoys researching all of the cryptids worldwide. She sees partnering with CFZ as a privilege and an honour.
Born in Point Pleasant, WV, Robin immigrated to Canada in 2000 and currently lives in Toronto, Ontario. She holds degrees in Accounting and Business Administration, but her work experience is in education, media, and research.
Dana G Currie
Dana is a regular contributor to Cryptozoology after coming from a primarily ghost-research

background. He began learning about odd events and creatures at a very young age and continues to be interested in everything from cryptids to alternative history. His work regarding Canadian lake monsters is frequently cited by other researchers and he looks forward to sharing his passion with readers of the new CFZ-Canada blog.
Dana was born in Quebec and has lived for many years near Barrie, Ontario, as a member of the Canadian Armed Forces. He holds a degree in Geography and many certificates in Human Resources, Technical Writing, and Logistics. He particularly admires organizations like CFZ and PSICAN because of their knowledge and professionalism.

Elvis was born and raised in Hamilton, Ontario and currently works at McMaster University. He is witty and very sarcastic so we shant expect political correct blogs from him! When asked to provide something for this bio he wrote: "I have no role models, as I am a cynical bastard, and feel that no one is worthy of my admiration due to natural human fallibility. Instead, I respect the ideology of truth as a ultimate goal and attempt to emulate this to the best of my ability. I also believe in never making money off your friends or family. Unless you are a car salesman, and this is how you eat." Elvis first became interested in Cryptozoology after recieving copies of Owl Magazine as a child and learning about Sasquatch. In 2005 he joined The Shadows Project, then PSICAN, and was tapped to join the Cryptozoology Division.
Dr Stephen D Turnbull
Steve is the newest member of PSICAN’s Crypto team but has already published outstanding material relative to marine cryptids. He often travels for onsite study and has recently returned from Africa where he was able to learn about maneless lions in their

natural habitat. He makes frequent trips to the Caribbean for extensive study on sharks, dolphins and other aquatic creatures. Contributing to the CFZ-Canada blog gives him an opportunity to tell others about not only unusual beings, but also his home country.
Steve was born in New Castle, New Brunswick and is currently a professor at the University of New Brunswick in St. John. His PhD is in Biology and he also serves as the Executive Director of the Canadian Shark Conservation Society. He is interested in Cryptozoology because new species are constantly being unearthed and he’s intrigued by what we have yet to discover. He much respects those who approach cryptozoology with an open mind.
Posted by robin at 17:50